The mysterious art of actor headshots

For all actors (particularly those starting out and new to the game), a high quality set of headshots that shows you at your best while also showcasing one of your unique qualities is absolutely critical in getting an agent, as well as getting into the casting room.

For so many of my clients, the feedback always comes back consistent: once they get the right headshots in place there is almost always an upsurge in the amount of castings that they called into. Put simply, all actors should know a quality headshot won’t guarantee you a gig, but it will get you in more doors and create more opportunities.

Where to start and how to get a winning headshot?

You have to start by finding a photographer whose style and portfolio you really love. Someone you feel confident that he or she can get the job done. Way too often people choose simply based on price. While this is understandable, you should really only be focusing on the quality of work and finding a way to afford that photographer – half measures will get you nowhere in this game.

Next, it’s time for a bit of research into your chosen photographer’s work. Have a chat to them and see if you like the way they communicate and assess their portfolio. Take note of how they dress, light and pose the actors they shoot, and then start to plan out some looks for yourself. Rocking up with some clothing stuffed into a bag is the worst way to start a shoot! Clothes need to be prepped, meaning they’re washed, ironed, steamed and, most importantly, hung on hangers and ready to shoot.

Lookalikes and the Doppelgänger effect.

Quite often, once I start shooting an actor, the lookalike games begin. You can really start to see the “Hollywood” face-type of the person you are shooting. This can give the actor valuable insight into the types of looks and roles they might be well suited toward. The reason for making this point is that if, as an actor, you already know who your acting lookalike might be, then you can use what works for them in advance as a reference point for planning some wardrobe choices.

Why are they are called headshots when they actually are “face” shots?

Clothing is important, but what’s most important is the “face” and how you bring a unique and eye-catching expression into what you’re doing – from squinching, your jawline to varying angles. But most importantly, it’s how you bring the face and eyes into contact with the light.

As a general rule, the camera tends to flatten the face and it’s the job of the photographer to guide your face into exactly the right position, then help you with some good dialogue to get a reaction and thus allow engaging and meaningful expressions to be captured. Sadly, so many people get mistaken that the camera can read their thoughts but it only reads the angles and copies the light so the most important bit is the framing of the face. And this is where it gets fun for actors because taking headshots share some of the technical aspects you get with film acting.

The very best actors in the world are, without exception, brilliant with the eyes and possess a calmness and stillness that brings confidence and believability to the role they are playing. There are so many great examples of this, e.g. Phillip Seymour Hoffman in the Master (or any film to fair) and Daniel Day Lewis in his films. The way they use the eyes as a tool is so important (below screenshots are not my images they are just to illustrate the point above).

At the other end of the scale in so many actors’ headshots and showreels they often seem to be staring into nothing rather than using the eyes and portraying a real connection with the scene or the dialogue.

Hair and makeup is where shoots start to get more expensive, but they also take you to another level with jaw-dropping presentation. It’s tough to get to this level without the services of a good makeup artist, making them crucial to the process.

As an actor starting out it is rare that you have a good gauge on what works best for a shoot. In this case, you need to find the funds to book someone that the photographer recommends.

This is important because while you may have your own person or friend, there is a timing and collaborative impact that can throw off a shoot if the crew have not worked together. It is almost always better to go with a team that have worked together consistently and understand how their roles back to front.

Ideally for actor headshots you’re looking for a “no makeup” makeup look. This means a natural look, while giving your skin the correct colouring for the light. It also gives the skin a moisturised look and some life. Hair can be managed throughout the shoot it just needs to have some volume and texture to shoot well.

For actors that have a good idea on their look and have previous experience then doing the hair and makeup yourself is absolutely fine. The only thing to remember for the shoot is your touchup kit and hair tools.

Left is a really nice example of an (almost no makeup) look with use of natural light and subtle retouching techniques. The skin looks alive and warm but the natural textures and freckles in the skin have been retained. Sublime!!

Below are a few extra (hopefully obvious) tips

By now let’s assume you’ve booked your shoot and have everything in place. Let’s run over some obvious things to keep in mind before arriving on the day:

Try to avoid drinking excessive alcohol the night before the shoot. Opt for a night in and plenty of water to keep the mind and the eyes clear.
Arrive early and do whatever you need to get relaxed (some people like a tea or coffee, some people meditate or get in the zone their own ways!) Needless to say, just like an audition you don’t want to arrive late. It can be stressful for everyone involved.

Your headshots session is the job at hand!

This is a funny little line I like to throw at clients in terms of reminding them to portray confidence and authority in the shoot, even if you feel unsure of what you’re doing (a good photographer should be giving you all the right direction anyway). It is better to fake it until you feel sure of your approach – the old “fake it until you make it”. A headshot should be telling a casting director: “if you don’t book me the next person will so it’s all good! This is me, this is how I roll so take it or leave it.” Having said that, perhaps just remember to do it with grace, class and a hint of a cheeky smile that leaves an impression. You’ve got a story to share and it will be heard!

Be curious not cautious!

Another little thing to remind actors is to be curious about the camera (and everything in the shoot really). Ask questions with your mind directly through the camera (with your head in the right position, of course), but again this part lies squarely with your photographer’s direction.

Has this helped you?

There is so much to talk about and share on this topic. This is just the start of putting down thoughts from 15 years of shooting actors.

If you’d like to shoot with me I will give you all of the above and get you on your way to the nexus of the headshot universe! Free of charge are chats about movies and directors, pats with my studio doggo Cole, coffee, top notch retouching and all in the comfort of my little slice of New York, AKA my Melbourne studio. 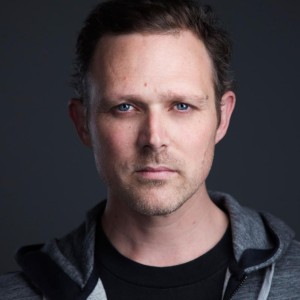 With over 15 years experience as a portrait photographer Julian captures a distinctive brand of natural light headshots for actors, models, musicians and business professionals.

For booking enquires and available times click on the button below.

Headshot Photographer
5.0
Based on 85 reviews

What We Offer
How We Do It
Our Folio

Headshot Photographer
5.0
Based on 85 reviews